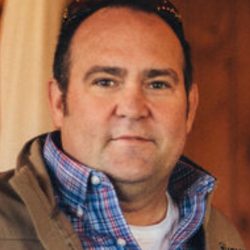 CHURCH HILL – Chad Eugene Long, 43, went to be with his heavenly father unexpectedly on Thursday, December 31, 2020 at his parent’s residence.

Chad was a proud father of his son Colin and enjoyed nothing more than spending time with him. Chad was a member of Lyons Park Missionary Baptist Church. He graduated from Volunteer High School and then received his Bachelor’s degree from ETSU and a Master’s degree in finance from King College. Chad was employed as an operator in Utilities Division with Eastman Chemical Company for 15+ years. In his spare time, he loved spending time at the lake, fishing, riding his jet ski and hanging out with family and friends. He had a big heart and never met a stranger.

He was preceded in death by his grandparents, George and Mary Chapman, Clay and Rosa Long; uncles, Billy Chapman and Warren Long; cousins, Carmen Winegar and Gabriella Brianne Lopez.

Due to COVID-19 concerns, the family will not be having a formal service but would like to thank everyone for their condolences and prayers.

In lieu of flowers, memorial contributions may be made to Chad’s parents for a college fund for Colin.