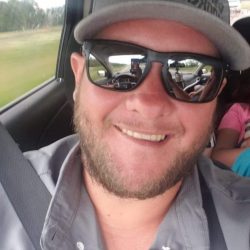 He was born in Kingsport and had lived majority of his life in Church Hill. He was a loving husband, son and father, Corey worked as a Lineman for several years and was very proud of his occupation. He graduated from Volunteer High School and was of the Baptist faith.

Calling hours are from 12:00 – 1:00 PM on Saturday, May 8, 2021 at the Johnson-Arrowood Funeral Home. Funeral services will be conducted at 1:00 PM in the funeral home chapel with Rev. Walt Way officiating. The burial will follow at the Spivey Family Cemetery Gate City, Virginia.

To leave an online message for the Staton family, please contact us at www.johnsonarrowood.com

Johnson-Arrowood Funeral Home of Church Hill is honored to serve the Staton family.