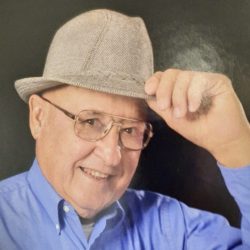 Graveside Service:
11:00 AM
Monday, April 25, 2022
Church Hill Memory Gardens
* Those wishing to attend the graveside service are asked to meet at the cemetery by 10:50 AM.

Before the dawn broke, while the dogwoods bloomed and cool spring breezes blew the perfume of nature throughout our land, God quietly called another son home. Wallace Owens heard that still small voice and gladly answered the call; absent from the body, present with the Lord.

Wallace believed in discipline, education, saving and hard work. Not only did he practice these principles, but he also impressed them on his children. He believed education was the key to success. Leading by example he attended LMU where he earned a B.S. in Mathematics and a Master in Education Supervision and Administration. He taught Math and Physics at Dobyns-Bennett High School for 33 years.

Wallace served diligently in his church, First Baptist Church Hill, for nearly 6 decades. He held numerous offices at church and in the local community. Not only was he a teacher but also operated several businesses and farmed for nearly 50 years. He served for a time as city recorder and participated in local social organizations. He belonged to Clay Lodge and was a Master Mason for more than 50 years and was a 32nd degree Scottish Rite member. He also supported the Shriners’ Hospital for Children, though he was never a Shriner.

Due to Neville Ann’s health issues, a graveside only service will be conducted Monday, April 25th, 2022, at 11:00 a.m. at Church Hill Memory Gardens, Rev. Gary Gerhardt will officiate. Those wishing to attend are asked to meet at the cemetery at 10:50 a.m.

In lieu of flowers, donations should be sent to First Baptist Church, Church Hill to purchase Gideon bibles to spread the Word. Glory be to God who has provided a great sacrifice for ALL.