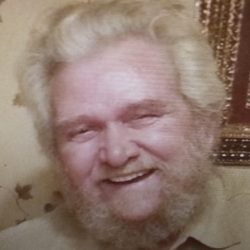 Dana was a lifelong resident of Hawkins County and was a member of Gospel Lighthouse Church. He was a lifetime carpenter and was known to everyone. He never met a strange and loved the outdoors. He enjoyed his spending time with his grandkids and his horse Rooster.

He was preceded in death by his parents, Bernice and Claude Dishner; brothers, Dave and Frank Dishner.

A visitation will be held from 11:00 AM – 1:00 PM on Friday, April 2, 2021 at the Johnson-Arrowood Funeral Home or anytime at the residence. A funeral service will be held at 1:00 PM in the funeral home with Pastor David Morelock and Pastor Timmy Morelock officiating. Music will be provided by Betty Morelock and Bill McLain. The burial will follow to the Benton Cemetery. Pallbearers will be Gary Matthews, Hunter Hensley, Robert White, Jeff Johnson, J.W. Ward, Logan Trent, Brandon Dishner, and Jeremy McGhee “Worm”.Honorary Pallbearers will be Jamin Dishner and Kaine Dishner.

In lieu of flowers, memorial contributions may be made to Johnson-Arrowood Funeral Home to help the family with expenses.

To leave an online message for the Dishner family, please visit us at www.johnsonarrowood.com

Johnson-Arrowood Funeral Home of Church Hill is honored to serve the Dishner family.