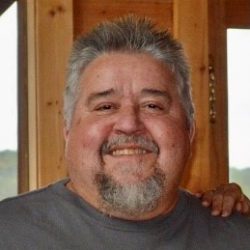 Bill began mowing his yard at the age of 10 and took a paper route in downtown Kingsport at the age of 12. He later worked at several restaurants including Bonanza where he met his wife, Sandy. He then worked at Cantle Ellis Lumber Yard, but then transferred to Kingsport Press, Hawkins plant, where he worked for 27 years until it closed. He then obtained his contractor license and built and flipped several homes. He finally retired from Old Dominion Freight Line after driving for eleven years as he enjoyed driving with his son and seeing various sites throughout the U.S. He was blessed to have spent the last few years in retirement and was able to care for his mother prior to her death along with caring for many others. He was so excited to attend church and bible school—something work had not always permitted. There is a quote that says, “most guys are either big talkers or big workers;” Bill excelled at both!

He loved to play the guitar and was a gifted writer. He was excited to sing several of his own songs at church. He was also a gifted cook and loved grilling steaks, boiling shrimp, and frying oysters. He loved that his kids and grandkids enjoyed crab legs just as much as he did! He treasured his family in taking them on various vacations across the U.S. He always liked to brag that he had been to all 50 states, including Hawaii, Alaska, and Bahamas. He loved to gather together with his family and relax at his pool. He even ‘kidnapped’ his wife after work for several surprise beach trips. He always took the time to celebrate birthdays, anniversaries, weddings, and graduations, but he loved Christmas most of all, and cherished his grandkids who affectionately called him “Papaw Clause.” He loved staying busy and took pride in taking care of his home. And he was always a phone call away for anyone needing advice.

He often joked that he was the “favorite” in his family, and his grandkids are still fighting over which one he told last was his favorite—they all believe they were his personal favorite, which was his goal! He loved taking food to family, friends, and widows, including his homemade ‘chow-chow’ and canned tomatoes. But most importantly, he always stressed the importance in loving Jesus, tithing back to God, and serving others.

The family wishes to thank Church Hill EMS, HVMC-ER staff, Johnson-Arrowood Funeral Home, and all of our family, friends, and church families.

A visitation will be held from 12:00 – 3:00 PM on Saturday, August 14, 2021, at Johnson-Arrowood Funeral Home, Church Hill, TN. A funeral service will be held at 3:00 PM in the funeral home chapel with Dr. Leland Salyer and Pastor Rob Hoover. The burial will follow to McPheeters Bend Cemetery.

Please send donations to St. Jude’s Hospital as Bill was always the point-person for taking donations while working at the Press, or consider donating a shoebox/donation to the Samaritan’s Purse Operation Christmas Child at New Beginnings Fellowship Church, Kingsport, TN.