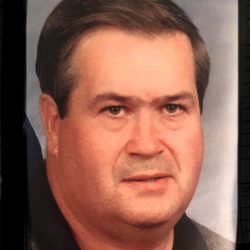 “Blessed is the man who remains steadfast under trial, for when he has stood the test he will receive the crown of life, which God has promised to those who love him.” – James 1:12

MOUNT CARMEL – John “Wayne” Wilmoth, 69, went to his heavenly home on Friday, July 3, to be with his little angel, Sallie Marie.

Wayne was born in Hawkins County, TN, on August 19, 1950 to the late J.P. Wilmoth and Etta Mae Loyd Wilmoth. Wayne was a kind and loving man. He never met a stranger. He loved helping people, and he loved his family dearly. He was of the Baptist faith.

In addition to his parents, he was preceded in death by his brother, Roy Wilmoth; sister, Gladys Wilmoth Lawson; daughter, Sallie Marie Wilmoth; father-in-law Claude Reed and mother-in-law Evelyn Reed.

Due to the concerns of COVID-19, the family will be having a private funeral service on Monday, July 6 at Johnson-Arrowood Funeral Home with Rev. Todd Haley officiating. To watch the service live at 2:00 PM, go to www.johnsonarrowood.com and click on his obituary page. The service will be beside of his picture.

A graveside service will be conducted at 3:00 PM on Monday, July 6, 2020 at Holston View Cemetery in Weber City with Rev. Todd Haley officiating. Anyone wishing to attend the graveside service are asked to meet at the cemetery by 2:45 PM.