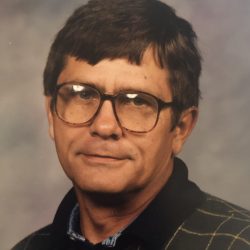 CHURCH HILL – Larry Frederick Southam passed away May 7, 2021 after an extended illness with his family by his side.

Larry was born in Coaldale, PA on Nov. 1, 1950. He grew up in Tamaqua, PA and graduated from Tamaqua Area High School in 1968. He later graduated from Tennessee Wesleyan College with a B.S. degree in Elementary Education.

In 1976, Larry moved to Surgoinsville, TN and married Mary Nile King. He started his career as a teacher at Carters Valley Elementary School, then continued at Church Hill Elementary School for several years before his retirement in 2012. Larry was a volunteer fireman, Jaycee, a member of the 1st United Methodist Church of Surgoinsville, and a member of Clay Lodge No. 386 in Church Hill, TN. Larry devoted many hours supporting the Volunteer High School Athlete Program.