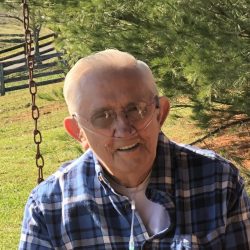 He retired from Moores Snack Foods in 2006 with over 20 years of services as a Route Salesman in the Hawkins County area. Also, he worked as a Sales Supervisor at Maiers Bakery in Berwick, PA. Jim served our country in the United States Army.

He was preceded in death by his parents, Leland Glen Hidlay and Charles and Blanche Broyles.

A private graveside will be on Monday, January 11, 2021 at Mountain Home National Cemetery.