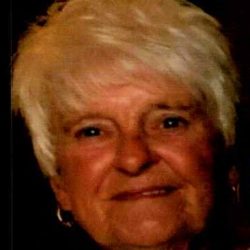 A lifelong native of Hawkins County, Louise was born on July 10, 1944 to the late Carter and Dorothy H. Smith. She worked at the Kingsport Press for nearly 20 years before retiring from Cooper Standard Automotive. Louise was a member of Christian’s Bend Freewill Baptist Church and attended Liberty Baptist Church later in life.

In addition to her parents, Louise was preceded in her passing by a son, Nathan Christian, daughter-in-law, Donna Christian, and sister, Ada McMurray.

A special thanks to Jane Kiser and Danielle Christian, and Ballad Health Hospice for all the love and care provided to our mom.