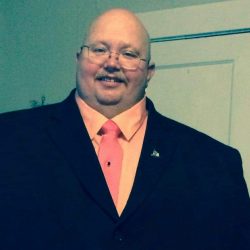 Michel was retired from Citi Commerce Solutions and was a member of West Carters Valley Volunteer Fire Department. Michael was an ordained preacher and a member of Bays Mountain Baptist Church. He formerly worked at WMCH Radio, a job he dearly loved.
Michael was preceded in death by his grandparents, parents, Verdie Faye and Charlie Buford Salyer; several aunts and uncles.

A visitation will be held from 5:00 – 7:00 PM on Friday, August 5, 2022, at Johnson-Arrowood Funeral Home. The funeral service will follow in the funeral home chapel with Larry Davis, Aaron Knight, and Adam Knight officiating. Music will be provided by the Knight brothers. A graveside service will be held at 10:00 AM on Saturday, August 6 at Oak Hill Memorial Park. Those wishing to attend the graveside service are asked to meet at the cemetery by 9:45 AM.