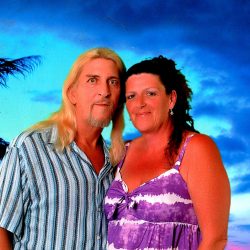 Nikki was from Alexandria, IN, but a resident of Hawkins County for the last 2 decades. She was known and loved by many. Nikki was a lifetime beautician (owner of Twisted Scissors) and a friend to all she met.

Nikki was greeted in death by her husband Bryon Barnum, her mother, Janet Lynch and father, Norman Cassel, as well as a host of family and friends.

Nikki wished to be cremated and to rest beside her husband in death, however a celebration of life will be held from 4:00 – 6:00 PM on Friday, February 18, 2022 at Johnson-Arrowood Funeral Home and a memorial will also be held in her hometown on Monday, February 21 from 6:00-8:00 PM.