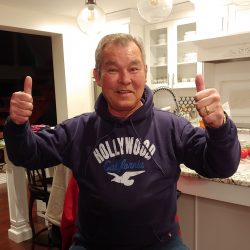 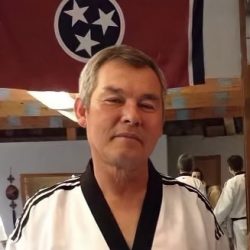 CHURCH HILL – Pong Hwan “Billy” Kim was born March 2, 1956, in Seoul, South Korea. He moved to the United States at 16 and became an American citizen. He met his future wife Sunhee Kim on May 28, 2008, and fell in love at first sight. They married August 8, 2008, and built a beautiful life together. Billy passed away peacefully at their home in Goshen Valley on April 8th, 2022.

At a young age, Billy developed a life-long passion for Taekwondo, which he studied for over 60 years. His passion for martial arts was well-known throughout the community. He received his Masters Degree (5th Dan) of Taekwondo in the 90s, and the community grew to share his love through his DoJang in Church Hill, where he taught for over 30 years.

Billy was proud to work at Eastman Chemical Company, where he was employed for over 30 years, and was respected by his coworkers and leaders alike.

Billy embraced the local football teams and was a dedicated Volunteers fan. He never missed a game if he could help it. If he had to miss the game, he would tune in through the radio.

Billy loved to cook, play guitar, and “pit around.” His homemade blueberry wine was a favorite among friends. He also loved to ride his motorcycle and go fishing, and he could often be found outdoors tending to the gardens, four wheeling, and hiking with his wife and their dogs in the woods around the beautiful home he built with her. He never knew a stranger and always made everyone feel welcomed. Everyone that knew him knew he had a big heart.

Most of all, Billy was known for his fierce loyalty to his friends and respected for his deep love for his family. He was a force of nature, determined to give his family the life they deserved. His family meant more to him than anything else in the world, something he often proudly mentioned.

He loved fiercely and deeply, and we take comfort that his soul is at peace, surrounded by the light and in rest with God.

He is survived by his loving wife Sunhee; his children Yoorah, Alexandria, and Milo; his brother Michael (Heather); his mother Kim; his extended family, and the countless friends and lives Billy has touched throughout his life.

A visitation will be held from 5:00 – 7:00 PM on Thursday, April 14, 2022 at Johnson-Arrowood Funeral Home. A celebration of life service will be held at 7:00 PM in the funeral home chapel with Rev. Mitch Russell officiating.