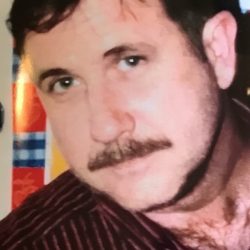 CHURCH HILL – Randall Dewell Davis,67, passed away on his and Deena’s wedding anniversary, Tuesday, June 21, 2022, with his loving family by his side.

Randy was born on December 8, 1954, in Kingsport, TN. He was a lifelong resident of Hawkins County and served as a Staff Sargent for the United States Marine Corps. He was a previous president of the Church Hill Rescue Squad and worked at Quebecor Printing and later retired from Exide.

A graveside service will be held at 12:00 PM on Saturday, June 25, 2022, at Ross Campground with Dr. Amos Lockhart officiating. Military rites will be conducted by American Legion Hammond Post #3 and Gate City Post #265.Those wishing to attend the graveside service are asked to meet at the funeral home by 11:00 to go in procession.

In lieu of flowers, memorial contributions may be made to the funeral home to assist the family with the expenses.

Click here to make a memorial contribution to help the family.