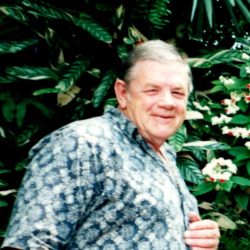 Ronald was raised in Wise, VA and attended J.J. Kelly High School. His family moved to Church Hill in 1954 while he stayed in Wise to finish High School. He went on to Clemson on a football scholarship and then ESTU where he received his B. S. in math.
He ventured to CA where he lived for 40 years where he met his wife, Dena, there and married on January 26, 1980. He retired and they moved back to NC and finally settled in TN.

Ronald is survived by his loving wife of almost 41 years, Dena, sisters Shirley Kiser and husband Roger, Margaret Conkin; brothers, Gary Wells and wife Dare, Michael Wells and wife Libby, Charles Wells and wife Teresea; his best buddy his Jack Russell Jake; several nieces, nephews, and many friends.
He was a great man and had a heart of gold. He will truly be missed by many.

His wish was to be cremated with no funeral service. A memorial service will be held at a later date.

The family would like to thank Dr. Chris Cook and the hardworking nurses at Holston Valley Medical Group for their excellent care and support.