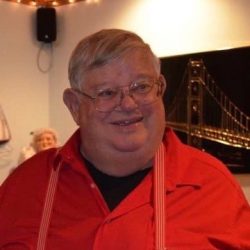 He was a general contractor for 30 years before retiring in 2014. He currently was the owner/operator of Old Stage Printing. Terry was the Founder and Director of Tennessee Hoedowners, a national champion clogging team. He was a former board member of: CLOG and served on Industrial Board of Hawkins County.

He is preceded in death by his father, Ernest Glass “Smiley”; mother and father-in-law, Kenneth and Patsy Jenkins.

A visitation will be held from 3:00 – 7:30 PM on Saturday, January 11, 2020 at Oak Grove Baptist Church, 311 Cypress St, Mt Carmel, TN 37645. A funeral service will be conducted at 7:30 PM with Pastor Benny Keck officiating. A graveside service will be conducted at 2:00 PM on Sunday, January 12 at Hamblen County Memorial Gardens with Pastor Todd Haley officiating. Those wishing to attend the graveside service are asked to meet at the funeral home by 12:00 PM to go in procession.

In lieu of flowers, memorial contributions may be made to St. Jude’s Children’s Hospital or Shiners Hospital.

To leave an online message for the Glass family, please visit us at www.johnsonarrowood.com