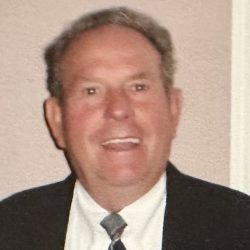 SURGOINSVILLE – Ural Thomas Ward, 86, passed away on Thursday, November 17, 2022, at Johnson City Medical Center from injuries sustained in an automobile accident, with his wife and daughter by his side.

He was the oldest member of Phipps Bend Freewill Baptist Church where he served as a deacon for 37 years, Sunday school superintendent for 25 years, and trustee. He worked at Alladin Plastics and retired from Calvin Boyd Company. Ural was a kind and generous man. His passion was gardening, which he always shared with others. He was known for his watermelons. He was a member of Church Hill Senior Center where he enjoyed playing guitar in the Tuesday morning jam sessions, and playing pool, winning several tournaments.

He was an amateur archeologist, and his large collection of Indian artifacts are on display at the Surgoinsville Area Archives and Museum. He recently received the Community History Award from the East Tennessee Historical Society.

The family will receive friends from 12:00-2:00 PM on Sunday, November 20, 2022, at Johnson-Arrowood Funeral Home. The funeral service will follow in the funeral home chapel with Rev. Steve Hartley, and Rev. Chris Castle officiating. A graveside service will follow to Elm Springs Cemetery. Pallbearers will be family and friends.