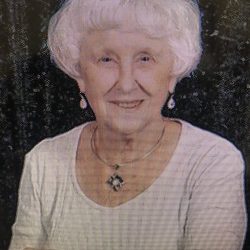 She was born in Church Hill, TN and spent her entire life working and serving her community in the Tri-Cities area. She married Walter E. Wininger, Sr on April 20, 1946. They were married for 57 loving years until his passing on September 9th, 2003. Her family, her church, and serving others in the community were her greatest joys. She was a lifelong member of First United Methodist Church of Church Hill. Her most noteworthy community contributions were serving at the Community Clothes Closet in Church Hill as well as an election volunteer supporting numerous local, state, and federal elections in Hawkins County. She was a 50+ year member of Fairview Chapter #80 Order of the Eastern Star (OES) where she served as Worthy Matron. She also was appointed Grand Representative to Massachusetts from the State of Tennessee from 1984-1986. She faithfully provided support to her husband Walter, during his service to the OES as Worthy Patron and Worthy Grand Patron of the State of Tennessee; as well as a Master Mason culminating with his appointment as Most Worshipful Grand Master of Masons in the State of Tennessee in 1998. Support to the Eastern Star and the Masonic organizations provided her great joy, direction, and purpose for many, many years.

Due to health considerations, services will only consist of an immediate family graveside gathering on Wednesday November 11th, Veterans Day, at Church Hill Memorial Gardens. Online condolences and messages may be made through Johnson-Arrowood Funeral Home in Church Hill who is serving the Wininger family.

In lieu of flowers, donations may be made to First United Methodist Church, C/O Michelle Dixon, 119 Grandview Street, Church Hill, TN 37642. Please call your parents and grandparents during these difficult times and tell them you love them and are thinking of them, that is what Ottalee would want.