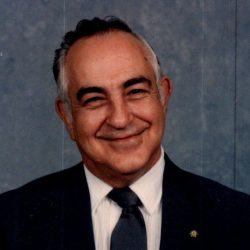 MOUNT CARMEL – Paul Rutledge, 83, beloved husband, father, grandfather, great grandfather, and uncle passed away peacefully at his home on December 21, 2020 after a courageous fight with cancer. He was born in Mt. Carmel TN and spent his entire life in the area. He was a member of New Fellowship Baptist Church. He served in the US Army Reserves for a short time. He retired from the Kingsport Press after 43 years of service and has served on the Board of Directors of the Kingsport Press Credit Union for 33 years. He was very active as a master mason with Clay Lodge #386 where he served as Worshipful Master a couple of times once in 1978 and again in 2008. Upon his death he was serving as treasurer of Chapter #238 of Royal Arch Masons in Church Hill. He served as a Grand Officer in both the Grand Lodge of Tennessee and in the Royal Arch Masons. Mr. Rutledge was a 32-degree mason of the Scottish Rite of Knoxville and a member of the Jericho Shrine, Kingsport Council #117, and Kingsport Commandery #33. He belonged to Fairview Chapter #80 Order of the Eastern Star where he served the first time as Worthy Patron in 1980 alongside his wife Mary Emma and several other times from 2008-2013. His love of family and faithful support to the Masonic organizations provided him with great direction, and purpose for many, many years. Mr. Rutledge loved his family, Masonic brothers, and friends and never met a stranger. He always had a saying for any occasion and was always willing to share them with anyone, whether they wanted to hear them or not.

He was preceded in death by his parents Robert and Maggie Lou Rutledge; an infant brother (Fredrick); two sisters, Helen Ballman and Dorothy Sams and one brother, Bobbie Joe Rutledge.

He is survived by his loving wife of 62 years, Mary Emma Rutledge. Also surviving is one very special sister Carolyn Light of Kingsport; one daughter; Robin Wininger and son-in-law COL (R) Walter Wininger, Jr of Colorado Springs, CO; one son; Curtis Rutledge and daughter-in-law Elvira Rutledge of Kingsport; six grandchildren: Emira Wininger and husband MAJ Jesse Edwards stationed at Fort Carson, CO; Emily Wininger of Scottsdale, AZ; Regan and husband Nathan Brooks of Shawnee KS; Jeremy Gonzalez, Pablo Rutledge and Isabella Rutledge of Kingsport; and three great grandsons, Lincoln Brooks, Everett Wininger Edwards and Bennett Rider Brooks born on December 15, 2020. He was a special uncle to Steve Ballman of Annapolis, MD and several other nieces, nephews, great nieces and great nephews throughout the Eastern United States as well as several cousins. He also is survived by Dana Haynes Allen who he has always lovingly called his second daughter. As you can tell family meant everything to him.

Due to health considerations, services will consist of an immediate family only graveside gathering on December 23, 2020 at Church Hill Memorial Gardens.