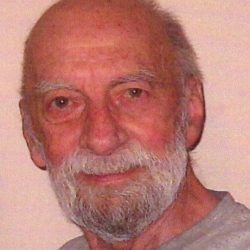 CHURCH HILL – Perry Edward “Edd” Bruner, 79, went to be with the Lord on Tuesday, October 6, 2020 after a hard fight from 2 bouts of cancer, COPD, and several rounds of pneumonia.

Edd was born on April 17, 1941 to Alice Henry and Jesse T. Bruner, Sr. He served his country in the Army 1964-1968 in France and Germany. He worked for Kroger for 27 years in Harlan, KY, Norton, VA, Johnson City, TN, and Kingsport, TN among other places. Edd attended Mt. View Baptist Church of Church Hill. He was an avid golfer, bowler, and played softball on leagues. He was a member of the American Legion Post in Rogersville, TN. Edd was a wonderful husband and father.

In addition of his parents, he was preceded in death by his sister, Shelby, nephew, Bobby Wines.

Pallbearers will be family and friends.