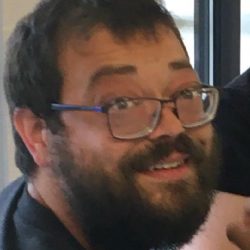 MOUNT CARMEL – Seth Austin Carr, 32, passed away unexpectedly on December 22, 2020. He was born on November 11, 1988. He was a 2007 graduate of Sullivan South High School and an active member of Saint Dominic Catholic Church.

Seth loved his wife, Mandy, and his daughters, Riley and Persephone, without pause. Rarely do you meet someone who was so effortlessly himself. He breathed fire and was the fiercest and most loyal of friends. He was the hardest worker, but always had time to stop, laugh, and goof off with anyone. He loved poetry, literature, and was a treasure trove of useless trivia knowledge. He was kind to a fault and his laugh was contagious. Seth was a lover of nature and climbing trees, a collector of bones, and a caretaker of wolves. He was an accomplished pastry chef. He loved his job caring for the grounds and people of Saint Dominic Catholic Church. He was well known for his talent with all things magical, and was an avid supporter of the local punk rock scene, and a member of the band FDR is Dead.

A visitation will be held from 11:00 – 1:00 PM on Saturday, December 26, 2020 at St. Dominic’s Catholic Church. A celebration of life service will follow after the visitation.