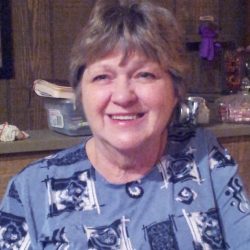 Verona was born on June 23, 1948, and was a lifelong resident of Hawkins Co. She attended Liberty Baptist Church and was a deputy registrar for the Hawkins Co. Election Commission where she retired after 30+ years. Verona was a loving wife, mother, and grandmother who loved spending her time with her precious grandchildren.

She was preceded in death by her parents, Richard, and Alma Ford Salyer; daughter, Vonda Lee; and her brother, Richard Salyer.

Verona’s wishes were to be cremated.

Click here to make a memorial contribution to help the family with expenses.